A cooldown is a period of wait time before a spell, ability, or item power can be used again.

Usually, a skill will be on cooldown if the skill was activated and the cast time of the skill has passed. For instance, Sand King`s Epicenter will instantly go on cooldown when activated, since it has no cast time. If the hero is interrupted before the channel time is over, the spell does nothing, and the cooldown and mana is wasted. On the other hand, Sniper`s Assassinate and Shadow Fiend`s Requiem of Souls have long cast times, and they will not go on cooldown before the cast time is over. Spirit Breaker`s Charge of Darkness is an exception to the usual rule; it goes on cooldown once the charge ends or is canceled, not upon cast.

If a hero has several versions of the same item, all versions will be on cooldown upon activating one of them. For instance, all Dagons are in the same cooldown group.

`s cooldown is 4 seconds when cast on a tree, but 20 when on units. Culling Blade`s cooldown is 0, but only when successfully killing a hero.

Many abilities have reduced cooldown when leveled up. If an ability is on cooldown and it is leveled up, the current wait time will not be affected at all.

Play“By the forge of creation.”
This section is under construction. It may still lack crucial information or contain unvalidated statements.
You can help by coordinating with the autors and offer your help.

Fade delays before invisibility Invisibility is a status effect which makes units and heroes not appear on their opponent s screen or minimap, and makes them unable to be targeted directly by the enemy. Invisibility makes the unit s model appear 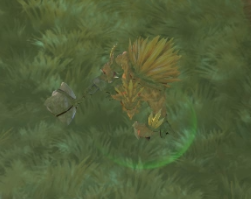 ( Nature`s Guise, Cloak and Dagger) are no cooldowns and therefore cannot be manipulated. The abilities listed below could be categorized as cooldowns in one way or another, but are not affected by cooldown reductions.

Some abilities use the ability charge mechanic, instead of cooldowns. These abilities have a set number of charges on them, which replenish over time. Instead of going on cooldown, these abilities use up one charge per cast. This means when having multiple charges, they can be cast quickly in succession, but cannot be used when having no charges left. Each charge takes a certain time to replenish. Multiple charges of a spell do not replenish at the same time, they recharge one after another.

Charge-based abilities will appear to be on cooldown when using the last charge. This "cooldown" however is only to visualise when the next charge is going to be ready again.

The replenish time of charges can be affected by the cooldown reductions of Octarine Core   Item   Changelogs     Octarine CoreS At the core of spellcraft are spectrums only the very gifted can sense. Cost5900 Bought FromCaster Passive Cooldown Reduction, Spell Lifesteal Bonus +25 Intelligence+425 Health+425 Mana Disassemble? 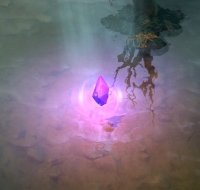 . Other sources of cooldown manipulation cannot grant charges back or affect the recharge times.

The following abilities use the charge system: