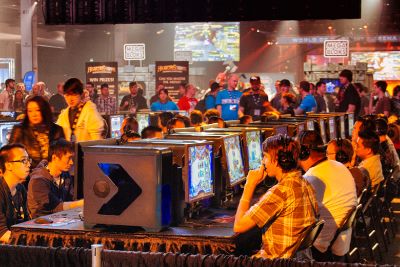 in which teams from selected nations compete against each other. Players from around the world decide who gets to be nominated onto the roster for their region Hearthstone is divided into four geographical regions: Americas, Europe, Asia and China. Each country Hearthstone is available to play in is assigned to one of these regions. Each player by default uses their Battle.net account

The inaugural 2017 Hearthstone Global Games will featureSpecial attraction teams from 48 different countries who will duke it out online in the international tavern to determine who makes it to the face-off at the live event finals later this year.

First announced on Oct. 26, 2016, the top ranked player from each eligible country based on the Hearthstone Global Standings will be invited to participate for their national team. The additional three players per team will be voted on by the community to round out the teams. Players will be nominated for voting based on their Hearthstone Competitive points, previous competitive results, and their standing in the community.

Games for the 2017 Global Games tournament start on Apr. 11, 2017 and can be viewed on the official PlayHearthstone Twitch stream.

The qualification phase is divided into three phases and uses a best-of-five, class vs. class format with nine unique classes per team. Each player on the team will have two classes they are able to play. The ninth class will be designated as the “Ace Deck” and may be used for game five instead of previously un-selected decks of the “Ace Player”.

The Global Games Finals will use a best-of-nine, class vs. class format similar to the qualification period. The final four teams will be seeded into a single elimination bracket.

A total prize pool of over $300,000 USD is awarded to the regional teams that qualify for the tournament.