This page aims to chart the major events of Hearthstone The Hearthstone icon Hearthstone (formerly known as Hearthstone: Heroes of Warcraft 1] 2]) is a free-to-play digital collectible card game from Blizzard Entertainment. It was first announced in a presentation by Rob Pardo at the

, from its initial conception to the introduction of the latest feature.

and Ben Brode Ben Brode Type: Minion Rarity: Legendary Cost: 3 Attack: 4 Health: 1 Your volume can t be reduced below maximum.See this card on Hearthpwn data page] "There is no way to contain the Brode." - Yong

to be reassigned to that game for around a year. Dodds and Brode begin prototyping, rapidly iterating through myriad designs.

Dodds and Brode produce the first working version of Hearthstone, using Flash. The rest of Team 5 return from working on StarCraft II to begin developing Hearthstone from this basic prototype into the full game.

Following mixed responses from within the company to Hearthstone`s initial announcement, in Dec. 2012 the game achieves "broad exposure" across Blizzard, with a substantial portion of employees playing Hearthstone, and beginning to get "really excited" for the game. 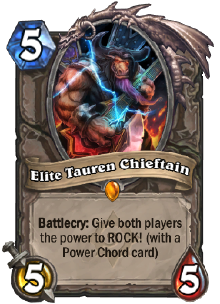 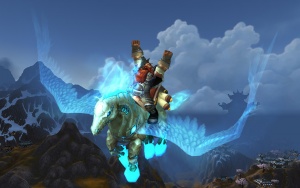 The Hearthsteed mount is introduced 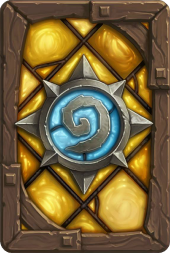 The "Fireside" card back The Collection s Card Backs tab Some of the game s card backs Card backs are a feature which allows players to replace the standard design on the reverse of their cards with alternate designs. Players can 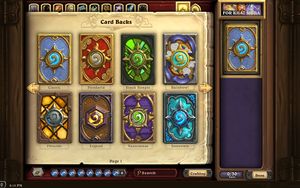 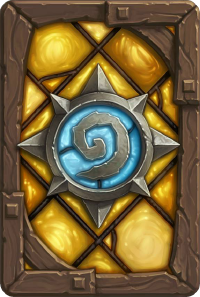 Curse of Naxxramas - where the fun never dies! 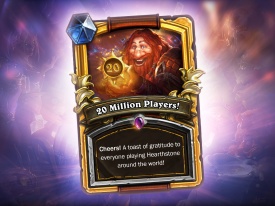 In Mar. an animated elemental was added to the official site 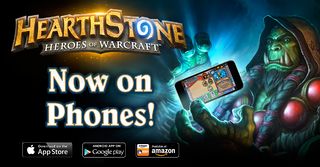 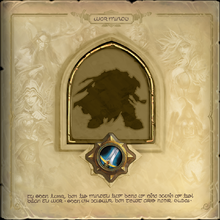 "What this character lacks in height, he makes up for in ferocity! Can you guess his identity?" 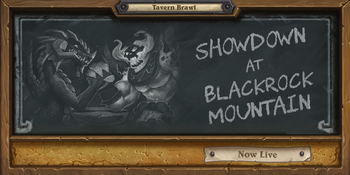 "These two epic bosses of Blackrock Mountain are settling things once and for all... with your help!" 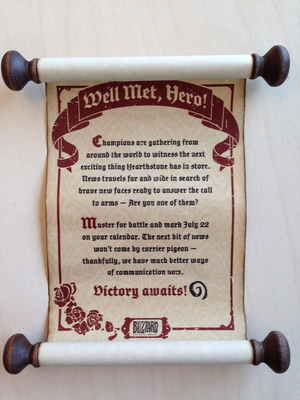 Champions are gathering from around the world to witness the next exciting thing Hearthstone has in store. News travels far and wide in search of brave new faces ready to answer the call to arms — Are you one of them? Muster for battle and mark Jul. 22 on your calendar. The next bit of news won’t come by carrier pigeon — thankfully, we have much better ways of communication now. Victory awaits. 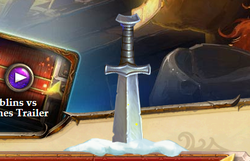 "From east to west, heroes are sent, seeking glory in the greatest of events..."

"We are the Explorer`s League, and we are in need of explorers!" 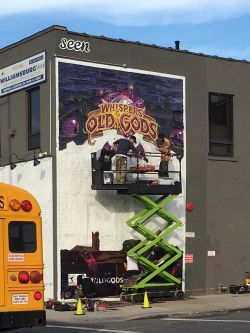 The arrival of the expansion was heralded by the creation of murals such as this one in Brooklyn, New York 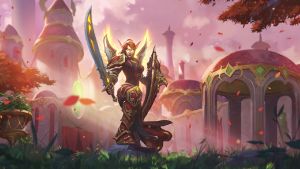 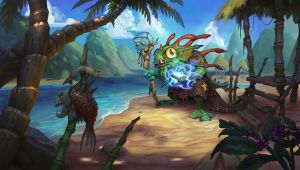 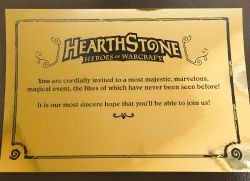 "You are cordially invited to a most majestic, marvelous, magical event, the likes of which have never been seen before! It is our most sincere hope that you`ll be able to join us!"

The invite is widely taken as referring to the upcoming revealing of the game`s next adventure. 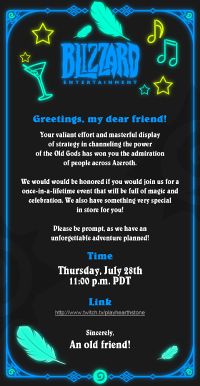 "Greetings, my dear friend! Your valiant effort and masterful display of strategy in channeling the power of the Old Gods has won you the admiration of people across Azeroth.

We would would be honored if you would join us for a once-in-a-lifetime event that will be full of magic and celebration. We also have something very special in store for you!

Please be prompt, as we have an unforgettable adventure planned!

Both the invite`s text and graphic details are widely taken as confirming Karazhan as the upcoming adventure, with the visual style and celebratory tone making many think of a "magical dinner party" at the tower, and the feathers seen at the top and bottom of the invite widely assumed to represent Medivh. 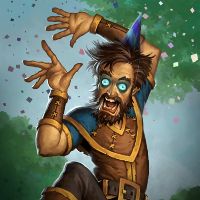 "He’s got dance moves like a man possessed! …oh."

"Anything goes - for one night, in Karazhan!" 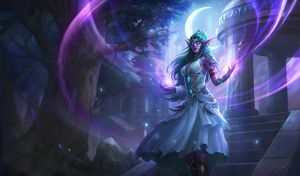 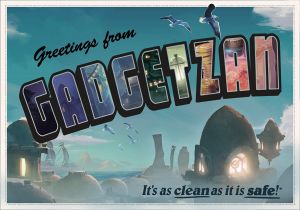 "Gadgetzan, where the gangs rule the streets..."