with varying levels of protection from common damage See damage in Minecraft. For information on health/hearts, see Health. Damage represents injury from attacks or natural causes. Players and mobs in Minecraft each have a supply of health points, which are 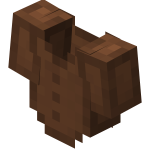 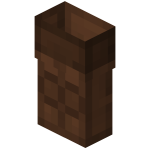 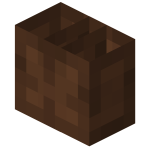 , which can each be placed in designated armor slots of a player`s inventory "GUI" redirects here. For items like health bars and crosshairs, see Heads-up display. Inventory pop up screen A filled and sorted inventory Chest inventory The inventory is the pop-up menu that the player uses to

It takes 24 units of a given material to make a full set of armor. Chain armor cannot be crafted.

Armor can be repaired Example of item repair Item repair is a featureSpecial attraction that allows players to repair damaged tools, armor, or other items with durability by combining them on a crafting grid. 1] 2] Two items of the

by placing two pieces of the same type (e.g., iron helmets) in a crafting grid. The resulting item will have 5% more durability left than the original items combined, but any enchantments will be lost. Repairing armor with an anvil Anvil Transparency Yes Luminance No Blast resistance 6,000 Tool Renewable Yes Stackable Yes (64), same damage state only Flammable No Drops Itself Data value dec: 145 hex: 91 bin: 10010001 Name anvil See the item

will preserve and combine the enchantments. Chain armor can be repaired with anvils by combining iron ingots with it.

Zombies and skeletons that spawn with armor have a small chance of dropping their armor when killed by the player. Zombies, skeletons, zombie pigmen and wither skeletons upon death will always drop armor that they picked up and equipped.

Leather pants and enchanted leather tunics can be bought from leatherworker villagers.

Duplicate armor pieces are not stackable in inventory slots. 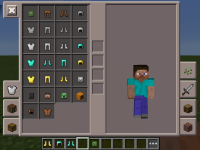 The armor section in Pocket Edition

Pumpkins can be worn as a helmet. This will not provide any protection, and it will partially block the player`s view, but it does prevent endermen from becoming aggressive when players look at them. Mob heads can also be worn as a helmet. They cut a player`s detection range by 50% for the corresponding mob type. This bonus stacks with potions of invisibility and sneaking.

Elytra can be worn as a chestplate. Like pumpkins they do not provide any defense, but they do allow the player to glide through the air.

Leather armor can be dyed, and colors can be mixed.

Whenever a piece of armor absorbs damage for the player, the armor itself is damaged, reducing its durability. After taking enough damage, the armor piece is destroyed.

Note that if the damage is absorbed not by the armor itself but by a protection enchantment of the armor, the armor is not damaged. Enchantments can also reduce damage that armor normally does not reduce.

The following types of damage are reduced by armor and, consequently, damage the armor itself:

The following types of damage are not reduced by armor and have no effect on the armor itself:

Be that as it may, all sources of damage will damage all armor pieces worn in Pocket Edition.

The armor bar as shown in game

Armor defense points are controlled by an attribute, generic.armor. The player`s current protection level is represented visually by the armor bar. The armor meter is affected by the particular pieces that are worn as well as the tier of the armor. The following table shows the amount of defense points added by default by each individual piece of armor, as well as the total points added by a full set of armor for each material.

Armor₠can be made of Leather, Iron, Gold, and Diamond. There is also Chainmail armor, which could be crafted with Fire (obtained through Commands) until it was removed in update 1.8. Armor₠reduces the amount of damage dealt to the Player or Mob who is wearing it. However, armor will not protect from all types of damage, such as fall damage or drowning, unless it is enchanted. All types of armor₠can be equipped as well as enchanted. However, only certain armor₠types can obtain certain enchants, without the use of an Enchanted Book. Armor₠can be worn by players, and any type of Skeleton or Zombie. These mobs may also Spawn already wearing a piece of armor. Armor is equipped in four special slots inside a player`s Inventory. It can be equipped in slots for helmets, chestplates, leggings and boots. Lastly, there is Elytra, a pair of wings that fits in the chest-slot, and allows a player to glide (or fly, when combined with other effects).

There are five types of armor: Leather, Gold, Chain, Iron, and Diamond.

Leather is used to craft the first tier of armor. It has very low Durability, and a full set of leather armor only absorbs 28% of damage, so it is not very practical in battle. However, one unique ability of leather armor is that it can be dyed by combining dyes with it in a Crafting Table (dyed through a Cauldron in Minecraft: Pocket Edition). It is also the only armor to have unique names for each armor piece: Instead of being called Leather helmet, Leather Chestplate, and Leather Leggings, They are called Leather Cap, Leather Tunic, and Leather Pants. The boots, however, are just called Leather Boots.

Chainmail is the third tier of armor. it is easily accessible in Creative, and can not be obtained in Survival Mode mode other than by Trading with villagers, or killing a Zombie or Skeleton that is wearing chainmail armor. Chainmail is only slightly stronger than Gold, but has the durability of Iron. Even though Chainmail Armor exists in the files of Minecraft: Pocket Edition, it is unobtainable, without the use of hacks or Mods.

Iron armor is the fourth tier, and second strongest type of armor in Minecraft. While iron armor has high durability, and a full set will absorb 60% of damage, it is the least enchant-able type of armor. Iron armor can be worn by mobs, but this is very rare.

Diamond armor is the fifth and strongest tier of armor in Minecraft. Diamond Armor is more than twice as durable as Iron or Chainmail Armor, and a full suit will absorb 80% of damage. Also, as with iron armor, it can be worn by mobs, but it is rare that they will spawn wearing it.

Elytra is a special piece of armor that fits in the chest-slot. It gives no armor value, but allows a player to glide. Pressing the jump key while falling activates the wings. Elytra can be obtained in End Ships, which sometimes generate alongside End Cities. They can be found in an Item Frame, within the hull of the ship.

Armor can appear as loot in chests:

It takes 24 units of any of the previously-mentioned materials to make a full set of armor(4+5+7+8=24). Although a player may mix and match the types of armor they have equipped, each piece must be crafted of only one of the valid types of material. For example, a player could wear a⃂₠Leather Helmet with an Iron Chestplate, but you cannot craft a chestplate out of both iron and leather.

Armor can be crafted out of Leather, Gold, Iron, or Diamond. Simply place one of the chosen material in each slot of the crafting interface indicated below.