Stealth and debilitating attacks make Sombra a powerful infiltrator. Her hacking can disrupt her enemies, ensuring they`re easier to take out, while her EMP provides the upper hand against multiple foes at once. Sombra⃢₀ₙs ability to Translocate and camouflage herself makes her a hard target to pin down.

One of the world`s most notorious hackers, Sombra uses information to manipulate those in power.

Sombra`s skills include computer hacking and cryptography; these are activities she greatly enjoys, to the point where the desire to get past locks and solving mysteries is ingrained in her personality. She is a known associate of Reaper Reaper "Death walks among you." Real Name Gabriel Reyes Age Unknown Nationality American Occupation Mercenary Base Unknown Affiliation United States military (formerly)Overwatch (formerly)Various, including Talon (mercenary status) Voice Keith Ferguson (English) Jérémie Covillault (French)Oliviero Corbetta

, specializing in espionage and intelligence assessment. She is equipped with devices that allow hacking of technology just through touch. This includes a cybernetic graft implanted along her spine. which basically makes her a living computer. She is a loner emotionally, finding it difficult to make friends (outside coercion).

Sombra is an Offense Each hero fills a different role in Overwatch. Roles in Overwatch are loosely defined, and heroes can fulfill a role not designated for them. Roles, as they exist, are designed to help players identify which

Stealth and debilitating attacks makes Sombra a powerful infiltrator. Her hacking can disrupt her enemies, ensuring that they`re easier to take out, while her EMP provides the upper hand against multiple foes at once. Sombra⃢₀ₙs ability to Translocate and camouflage herself makes her a hard target to pin down. Even though she can deal high damage by her own, her weapon`s weakness is the large spreading which will force her to fight rather close range. She lacks any alternative way to damage enemies or to improve in-combat mobility, allowing a hacked enemy to still fight back like normal, albeit without relying on abilities.

Long before she took up the alias "Sombra," ░░░░░░ was among the thousands of children who were left orphaned in the aftermath of the Omnic Crisis For the graphic novel of the same name, see Overwatch: The Omnic Crisis Omnic Crisis Type Global human-omnic conflict Location Global Outcome Human victory The Omnic Crisis was a rebellion by the omnics against their 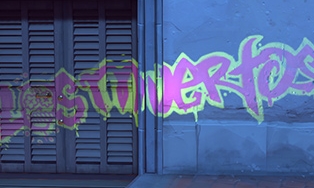 gang, she aided it in its self-styled revolution against the government, performing hacks against said government on their behalf. Los Muertos believed that the rebuilding of Mexico had primarily benefited the rich and the influential, leaving behind those who were most in need of assistance. Commissioner Rivera Rivera Nationality Mexican Occupation Police commissioner Rivera was a police commissioner within Mexican law enforcement. He was visited by the girl who would one day be called Sombra, bringing him a basket of bread. This 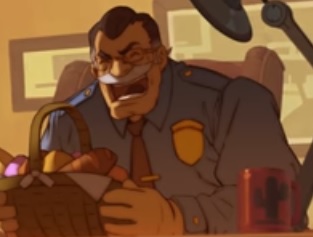 was one such example, when she brought him a basket of bread straight to his desk, which gave her the opportunity to access his computer. She came to realize that knowledge was power, and so, she kept hacking—politicians, corporations, governments, famous people; all were in her domain of inquiry. The retrieval of information became an addiction, and her hacks became more audacious over time. Following her many conquests, ░░░░░░ was supremely confident in her skills, but she was caught unprepared when she stumbled into the web of a global conspiracy—one that had also noticed her. With her security irreparably compromised, ░░░░░░ was forced to delete all traces of her identity and went into hiding.

░░░░░░ received a cybernetic graft and re-emerged as "Sombra." In her words, "the girl was gone." Determined to find out the truth behind the conspiracy she had uncovered to "find out who really runs the world," Sombra launched an even more audacious string of hacks, initiating a world-wide hacking spree, striking against corporations such as Lum⃩riCo and Volskaya Industries. Her exploits earned her no shortage of admirers, including Talon Talon Type Terrorist group Standing Active Talon is a terrorist organization. Contents 1 History 1.1 Early Actions 1.2 The Train Job 1.3 Recall 1.4 Alive 1.5 Ilios 1.6 Volskaya Industries 2 Known Members 3 Videos

. She joined the organization`s ranks and is believed to have contributed to its massive cyber-attacks against corporations with strong ties to their governments.

Now with Talon, Sombra worked with Los Muertos again, and was able to hack the website of Lum⃩riCo, posting claims that its CEO, Guillermo Portero, was plundering the riches of Mexico to fill his own purse, that he had corrupted the government, and wouldn`t stop until the entire country was under his control. Sombra was able to infiltrate Portero`s personal email, and use it without Portero knowing about the intrusion. She sent out an emailE-mail (electronic mail) is the exchange of computer-stored messages by telecommunication via Portero`s own webmail, promising to unveil his "dirty laundry" to the public. Sombra successfully released a number of internal documents to the public, catching the attention of both Mexican law enforcement and Atlas News. The documents indicated that Portero used the company`s funds as his own piggy bank, that he was personally involved in bribing public officials and creating a system of kickbacks and payoffs beneficial to Lum⃩riCo, and at long last, that he proposed a plan to seize privately held land via government expropriation to expand Lum⃩riCo`s facilities throughout Mexico. The emailsE-mail (electronic mail) is the exchange of computer-stored messages by telecommunication also showed that Lum⃩riCo was in conversations with the Vishkar Corporation, in regards to exporting its energy systems; a cause of concern given the company`s actions in Rio de Janeiro.

Law enforcement categorized the break-ins as a criminal action, and Atlas News reported on the "Sombra collective," mistaking ░░░░░░`s identity as a group, not an individual. Sombra claimed that she was "only acting the public interest." Her efforts incited a popular revolution in Mexico against Lum⃩riCo, and pro-Sombra grafitti was reported across the world. Less than a week after the leak, Portero stepped down as CEO. By this point, Sombra was already hacking the network of her next target—Volskaya Industries.

, infiltrated Volskaya Industries to assassinate it`s CEO, Katya Volskaya. Sombra deactivated the security alerts and turrets within the facility to allow Reaper and Widowmaker access. The mission appeared to go without a hitch, Widowmaker was unable to get a clear line of sight before the operation was interrupted by an alarm⃢₀ₔone that Sombra had set off herself. Widowmaker held the perimeter while Reaper cleared the ground floor, he was unable to get to Katya in the elevator and was forced to confront a mech as she fled to safety. Sombra gave chase, killing and incapacitating Volskaya guards, until she made it into Katya`s lock-downed office. While ostensibly there to kill the CEO, Sombra played a different game, revealing her intentions to be Katya`s "friend." A friend with benefits, for if Katya helped her out from time to time, she wouldn`t leak evidence that Katya had been receiving technology from omnics in order to help her country in the Second Omnic Crisis. Sombra also noted how exposure would affect "the future of Russia" while handing Katya the photo of her daughter from her desk, hinting at how the fallout of a scandal would impact her. As her security was nearly through with getting the door open, Katya agreed to the terms, and Sombra teleported out of the office, reporting to her comrades that the operation had failed. The Talon operatives returned to the ship, with only Sombra in good cheer. 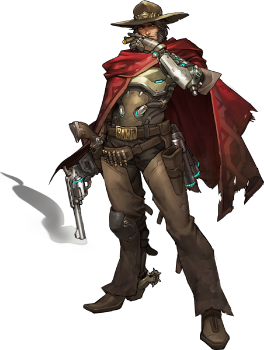 Sombra spent Christmas drinking at the bar in Calaveras.

Sombra`s existence has been hinted at since early pre-beta builds of the game.